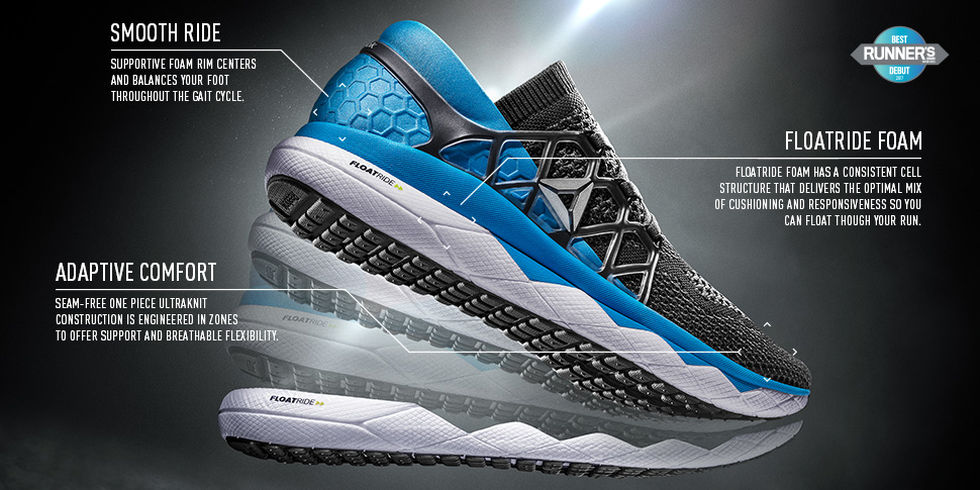 Let’s speak about one of the biggest news in the running’s world: Reebok is back with his new model called Floatride.

Its principal characteristic is the amortization that, as you can suppose from the model’s name, will make you float.

For the midsole, Reebok chose polyurethane too, making a brand new one called “Float Foam”.

Along the medial plantar arch, EVA support gives stability even for those who have a little pronation.

Even the upper astonishes: realized in Knit, it’s soft and elastic. A stylish plastic netting supports the foot’s side.